Learn how to edit (and like) your personal statement

When I was in fourth grade, an author came to talk to us for a very long time about writing. We were all sitting cross-legged in the library, and I was wedged beside the Funk & Wagnalls, which, the more bored I became, were getting increasingly difficult to resist.

Perhaps sensing flagging interest, the author turned to audience participation:  “Who likes writing the first draft best? You know, the part when ideas are exploding out of your head, and you get to invent new people and things and places, planets, even, if you want?”

A roomful of arms shot up like it was lift-off at Cape Canaveral.

“And who here likes writing the third draft, where everything is neat and clean and ready to hand in?”

I confidently put my hand up, sure I had the right answer. It joined two others that, sensing their solitude, started to droop as the other kids looked around.

“Everyone has their own way of doing it, but I agree: first drafts are the best.”

I looked at him in shock. What in the hell was this guy talking about and on what self-made planet was he living? First drafts are the pits: messy, ugly, confusing things that pretty much exist to remind you that you suck. To this day, I actually still feel this way. Because, to me, magic doesn’t occur in creation, it occurs in revision.

Or, as Truman Capote put it: “I’m all for the scissors. I believe more in the scissors than I do in the pencil.”

But, how to edit your work? Follow the next steps and your messy essay will start to take shape. 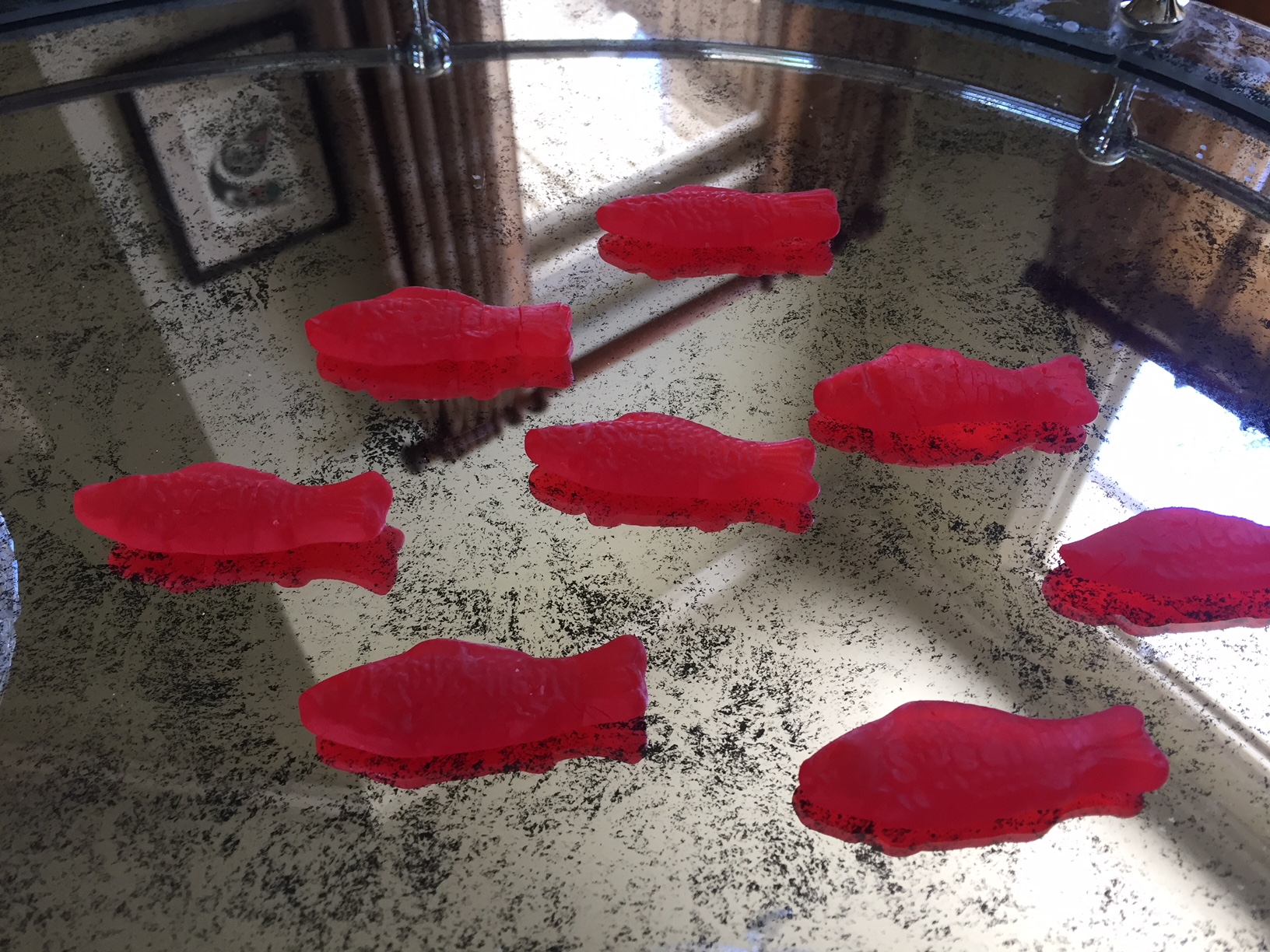 The first step is to trash the concept of first draft, second draft, third draft. Yuck. All of that implies the need to rewrite and restart, and the mere idea of having to start over always makes me want to give up and binge on The Office and Swedish fish. Instead, let’s just use the word “revise,” ok? Rhymes with “wise,” is as long as “refine,” reminds you that you have already slogged through the muck and are on the other side where it is sunnier or, at least, cleaner. At no point will you be faced again with a blank screen. Instead, we’re going to work with what you have.

If you have just finished writing your first draft, it’s time to get to sleep because you’re done for the day. Giving your draft and mind a rest is essential to getting to a place where you are able to see your work clearly. Time away will help you from being too married to what you’ve written, help you recognize where there are gaps in what you want to say, and will let you identify what parts are confusing or not flowing well. So, make sure you take this time for yourself.

3. TEAR UP YOUR THESAURUS

One of the best things that comes out of first drafts is we tend to write simply and conversationally. Upon review, we think we need to gussy up our writing so that we “sound smarter.” That’s how we end up with sentences like, “During the period of consternation that ensued, I spent time reflecting on my requirements to be content” instead of sentences like, “During this difficult time, I thought about what makes me happy.”

Please resist this temptation. I cannot underscore enough how important it is that you sound like you and not your thesaurus. You will not get into your dream school by using the right amount of 25-cent words. 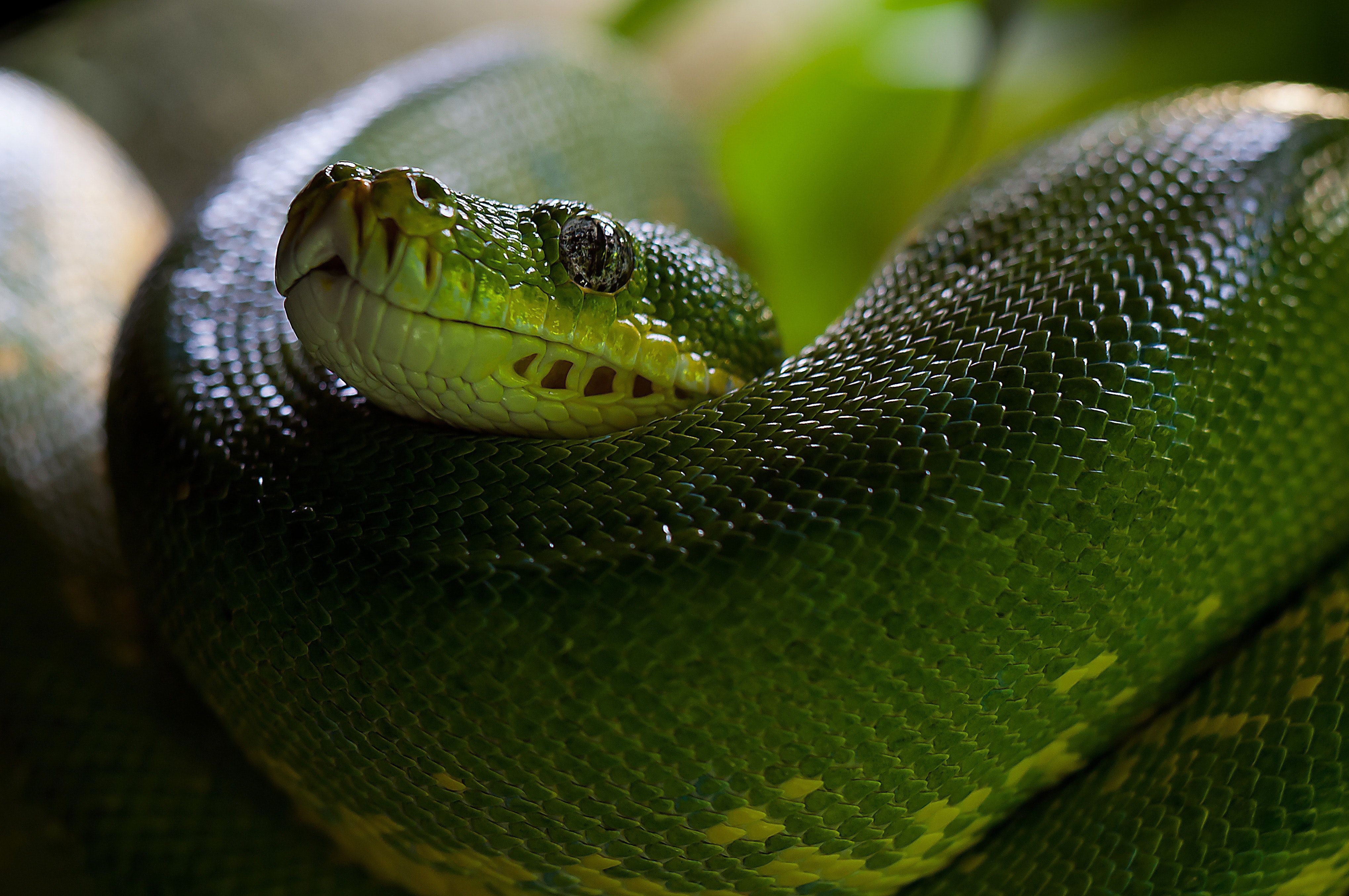 The best way to make sure your piece flows and, thereby, makes sense is to imagine it’s a snake. Sounds dumb, I know, but it actually works.

Recognize that every word, sentence and paragraph should coil together in a connected series of loops or S’s. As you read (out loud is best), imagine your ideas and words snaking together in this way. If there is an interruption, that’s an area that needs to be re-examined.

Say you’ve written about how you have been a volunteer at the local hospital for the past two years. Tell me which is more compelling:

“I applied and was lucky enough to get a spot, where, over the past two years, I learned about commitment, compassion and what it means to help people.”

“My ‘co-worker’ is Michelle. Every week, we do a crossword together and make jokes about the perpetual Christmas wreath that everyone seems to forget about until May. Our job is to greet the patients and, by now, I know some of them by name. There is one older man, Frank, who would receive weekly treatments. Every time he came in, he would march right up to my desk and say, “Tell the nurses I have arrived.” I will never forget the happiness in his eyes when he was told me he was in remission.”

You learned that: the writer is funny, honest, observant and that the enormity of what she’s doing has sunken in.

When you edit your work, make sure you take every opportunity to show examples of who you are (by the way that you write and describe) and what you’ve done by your actions and reactions. Don’t tell people what you’re like, show them what you’re made of. 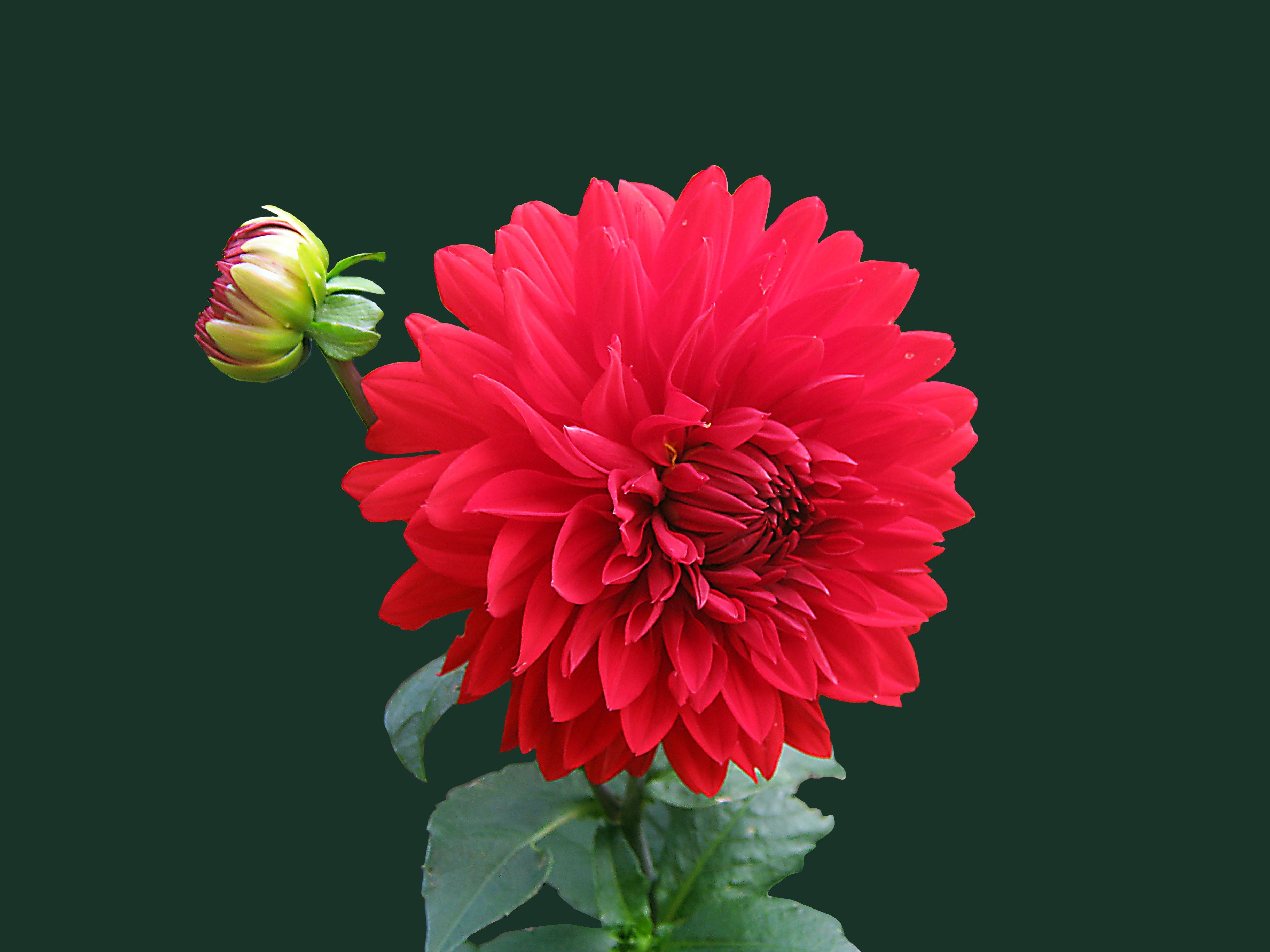 With about 650 words to your name, this is not the time to get too pretty, OK? As such, let’s cut out flowery language and focus on the meat of what you want to say. In this kind of essay, I would recommend a maximum of three short metaphors/similes for your entire piece. But make them pithy and memorable and if they’re not, cut them, too.

In that same vein, this is also the time to avoid clichés — the admissions officers simply read too many essays not to be annoyed by them. Click here for a list of 681 of them. If you discover you’ve committed a cliché, snip, snip.

The best thing about the editing process is that it isn’t as rife with the doubt that comes with the first draft. However, it doesn’t all disappear — and that’s a good thing. When you come across a sentence that is confusing or isn’t saying exactly what you want, you will feel that doubt surface and you need to trust it. Don’t think to yourself, “They’ll know what I mean,” because if you don’t, they won’t. Instead, refocus and reword. 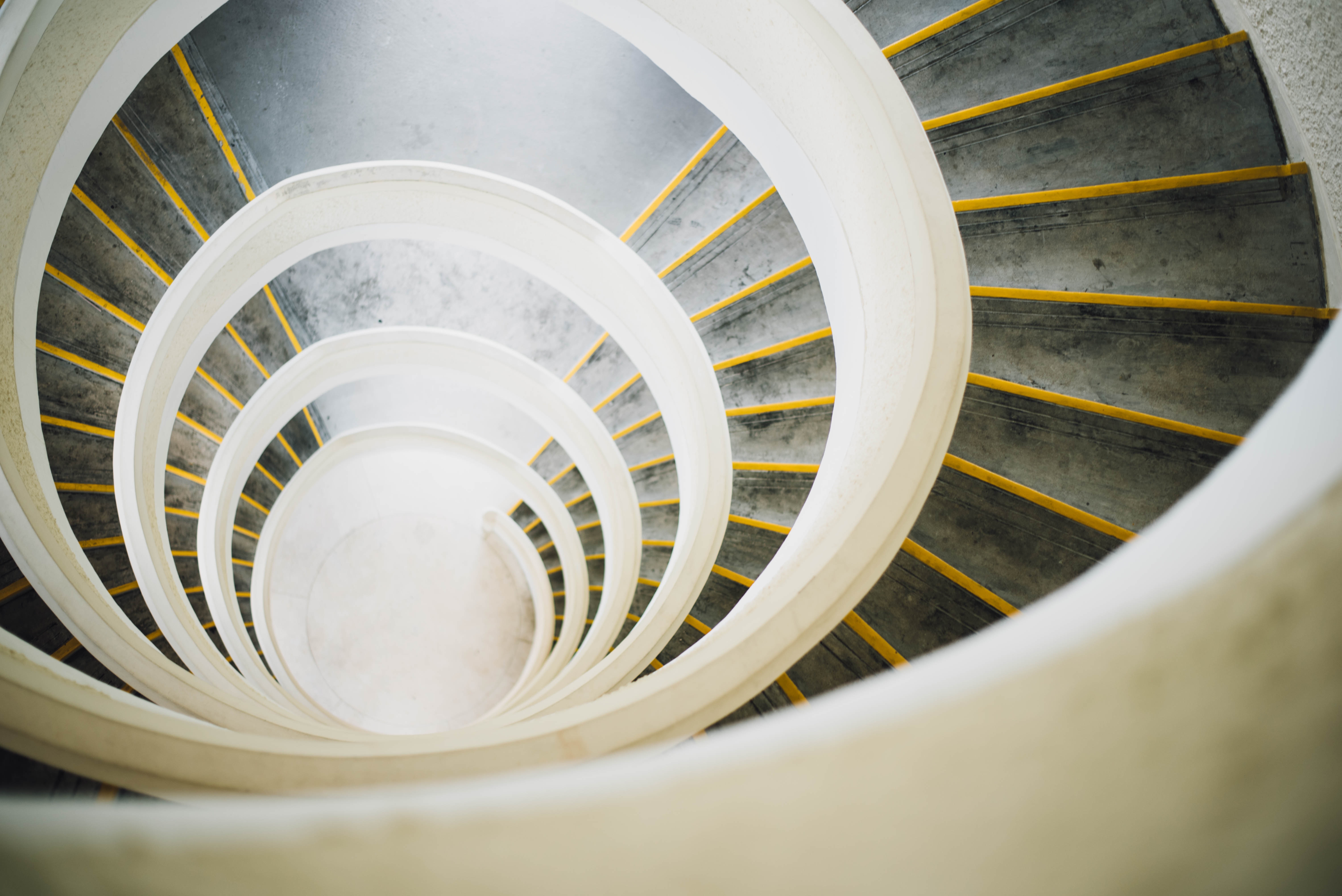 8. DON’T GET STUCK ON REPEAT

Especially when you are faced with a task like this, it’s tempting to start repeating what you want to say using different words — in part to reach that word count, in part because you want to hammer home your point.

But repeating your point makes it weaker, rather than infusing it with strength. Let’s use an example from a paper I wrote back in graduate school, when the venerable Dr. Betty Bennett almost ripped my head off.

“Robinson chooses rhyming couplets, a metre that evokes a sing-song, smiling quality in the minds of most readers. One attributes, naturally I think, a certain measure of happiness and buoyancy to such a rhythm; one is akin to think fondly of either childhood nursery rhymes or Irish drinking songs.”

Man. There is a lot wrong with those sentences, but the major problem is that I took about 50 words to say that rhyming couplets sound lighthearted and joyful. There was no reason to expound on the point further.

Look for instances where you repeat your point or could it state it in a tidier way.

Learn to enjoy the process of editing. As you work, recognize that your work is improving and that you are getting closer to your goal of being done. And if you’re struggling, know that I’m here at tara@swayessay.com to get you on track.