When you’re in the midst of college apps season, the terms “early decision” and “early action” are enough to make your already shredded nerves feel zapped by a cattle prod. However, and I hate to tell you this, they are worth considering.

Before you do so, though, I recommend reading this post when you’re nice and fresh in the morning, maybe with a zippy cup of coffee. No matter how you slice it, this is brain-bending stuff. As usual, feel free to email me at tara@swayessay.com if you have any questions.

Also, the fastest way to see if you even have to deal with these options is to Google the name of your school and the term “early decision” or “early action.” Most often, this will direct you to the school’s admissions page, where it will highlight its deadlines and options. About 450 colleges offer early action and/or early decision.

OK, so let’s break down the difference:

Early decision is a binding agreement with a specific college that makes you obligated to attend it if you are accepted. As such, you can only apply early decision to ONE school. Note that this is not legally binding (you can’t be taken to court), but if you break the agreement, the offended college CAN contact your other schools and inform them of what has occurred, which can affect their offers. It’s much, much better not to get in that spot.

Early action is a non-binding agreement, and you have the advantage of finding out whether you’re admitted or not in December, as opposed to March.

OK, so let’s weigh the pros and cons here: 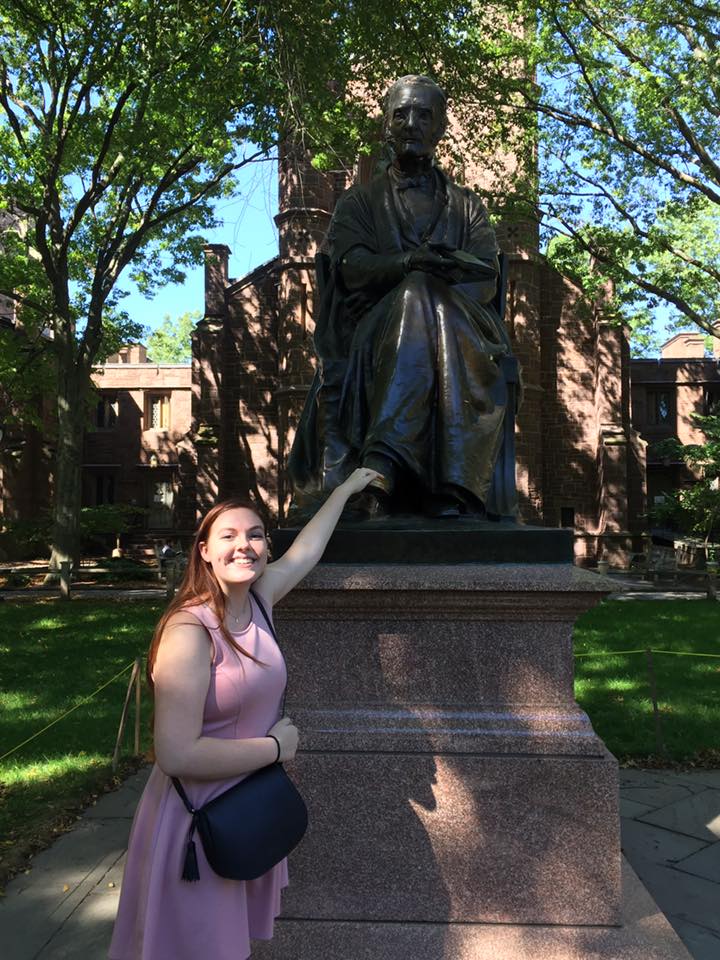 When we were touring schools with my stepdaughter Gabrielle, she fell in love or at least like with the bulk of them. But Yale in particular stood out for her. After the tour, she told us that she’d found her school and had absolutely no doubts. Wearing a pink dress and rubbing the toe of the statue of the former Yale president Theodore Dwight Woolsey (a Yalie tradition for good luck), she said, “Sign me up, I’m ready to go.”

Yale is also a single-choice early action school, meaning that Gabrielle could only apply to that school early action and no others.

In the end, we didn’t do early action or early decision for Yale, but she did apply early action to four other schools. That means that in December, she already knew that she had some incredible options at her disposal, including some pretty sweet financial offers.

I have to admit, I underestimated how stressful a time admissions season is. I thought once her applications were complete, Gabrielle would be able to exhale and relax. But, no. In fact, she was very, very anxious heading into March, and I was extremely relieved we could continually remind her that she already had some wonderful offers under her belt.

In the end, she was not accepted to Yale, but was accepted to Barnard, Columbia University’s prestigious women’s college in NYC. We thought she’d handily reset her sights on Barnard and the decision would be made. But when push came to shove? Gabrielle decided she did not want to be that far away from home. She also didn’t want to live in a city as big as NYC.

She chose Case Western Reserve University in Cleveland, from which she’d received a partial scholarship. She has never looked back on that decision.

This taught me the importance of touring colleges (although, frankly, they almost all sounded good), but it also showed me the importance of keeping our options open. If she had applied early decision and had been accepted to Yale, would that just have compounded her stress? Knowing that she had absolutely no choice but to go? What if she decided last minute that she just couldn’t bear to be that far away from home?

Of course, early decision and even single-choice early action wasn’t a great fit for Gabrielle, but IS for students who absolutely have no doubt about what they want. And if you are one of these students, you SHOULD consider these options. Most schools are not going to openly admit they admit a higher percentage of early decision or early action applicants (although, frankly, UPenn was very up front with us that it does), but odds are that an early application is going to make you look keen, organized and decisive.

So, research your school of choice and make your decision. As with everything involving college apps, take time for introspection. You can’t go wrong taking either avenue as long as you know what kind of person you are and what you want.