An essay coach should teach you how to write 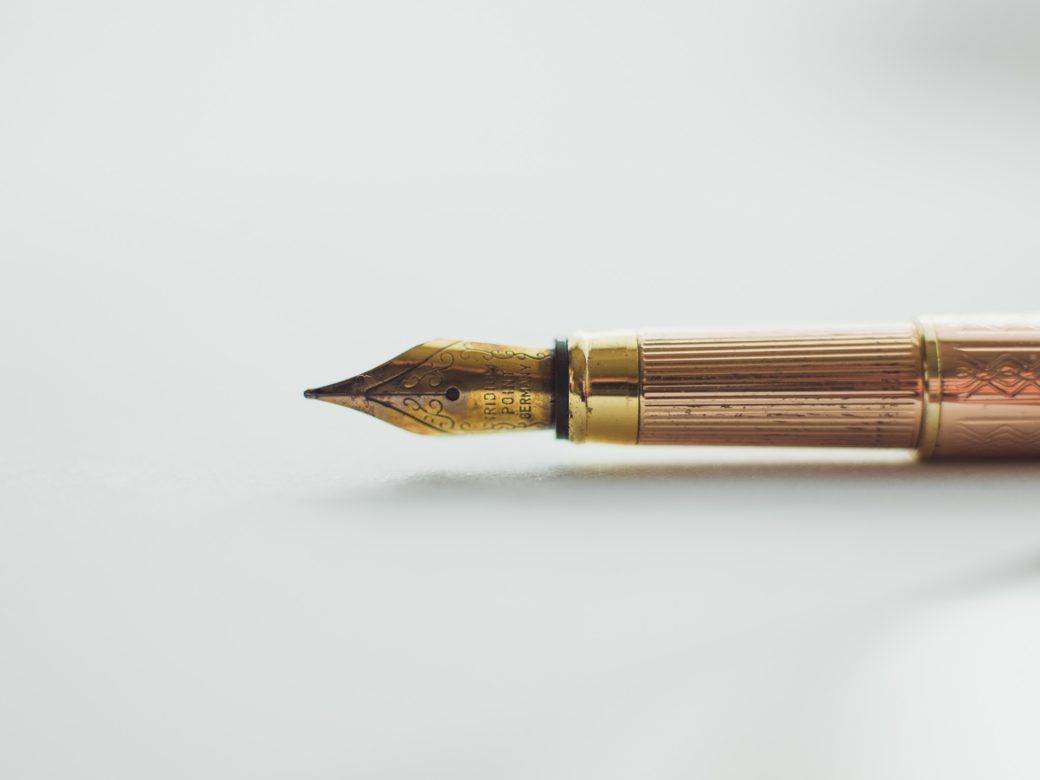 You know when SNL has made a skit on the subject, it’s safe to say that people aren’t as angry anymore. I’ve been waiting for that gentler period to share my take on Varsity Blues and essay coaches, since what I have to say won’t be popular with everyone.

The beef is that rich parents hire essay coaches to create mega-watt personal statements that shine above all others. That’s not fair to students whose parents can’t afford these coaches, people say. And, people ask, how can it be the student’s work if it’s been souped up on writing steroids, even doctored in some cases, by a coach?

“I do not supply edits or revisions,” wrote David McGrath in The Chicago Sun Times. “Both, again, are part of the writing process, and doing such for an applicant would be cheating, just as doing so for my students would not improve their writing skills.”

Well, I’m here to tell you I almost always strongly suggest changes in my students’ work. If necessary, I edit the hell out of it. And if it needs it, I ask them outright to start over.

To catch some of you up, Varsity Blues is the clever nickname for the college admissions scandal in which 50 people were federally indicted for doing everything from bribing athletic coaches to paying smarties to take their kids’ SATs in order to secure college admission for their children. If we’re honest, the story skyrocketed to the front pages — and stayed there — because actresses Lori Loughlin and Felicity Huffman were among those indicted. In the wake of the storm, college consultants, particularly those who help students with their admissions essays, have been in the hot seat.

I think the first place to start is by diving directly into the personal statement of a student with whom I’ve been working for the past weeks. This student — let’s call her Kristina — is in the midst of putting her med school application together.

Here is the beginning of the first draft she submitted to me for review as part of a workshop I ran recently:

“When you think of the word ‘family’, most people envision a father, mother, and children; but for me, I include so many more. Growing up in Eastern Kentucky, family means much beyond just those that lived in my home. I consider the Appalachian community to now be a unique way of life. Reflecting back on my years in Appalachia and embarking on journeys to larger cities in the Commonwealth, it is a place where there are no strangers and everyone is loved so valuably. However, our beloved rural community has some areas of development.”

Later she wrote about an uncle who had helped influence her decision to go into medicine. It was likewise written using uptight, uncomfortably formal language. In fact, it was as if she were applying language in her statement, instead of using it. Like it was this giant dog walking her around the neighborhood, when she was the one who was supposed to be walking the dog. 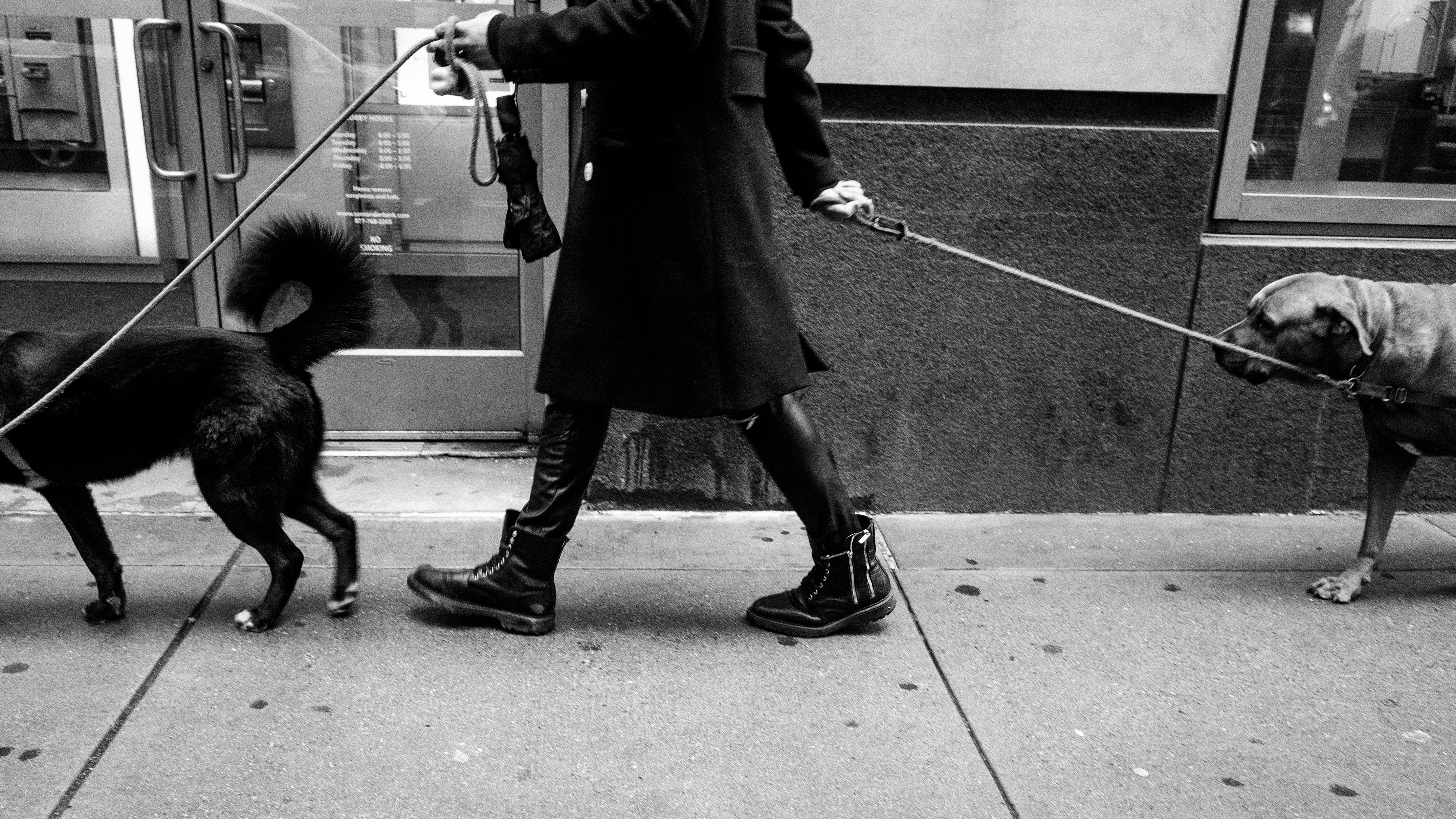 When I read this intro, I knew it needed a complete rewrite. So I emailed Kristina this:

“I have read over your draft and I can see that you are trying to write ‘officially,’ instead of, perhaps, how you speak. I usually know that when students use words like ’embark’ and ‘entail.’

“I want you to start your personal statement writing about your uncle. Just write exactly how you speak; let’s not worry too much about grammar or anything else right now.
“I want to know your uncle’s name, how far apart your houses were on your property, what you guys talked about and what movies you both liked.
“Then I want you to describe the night of your uncle’s death for me. That night, you made a huge realization. Tell me about it in your own words. Don’t use words you think I want to read. Own your own language and share it with me. Write exactly how you would tell it to me if we were talking with each other.” 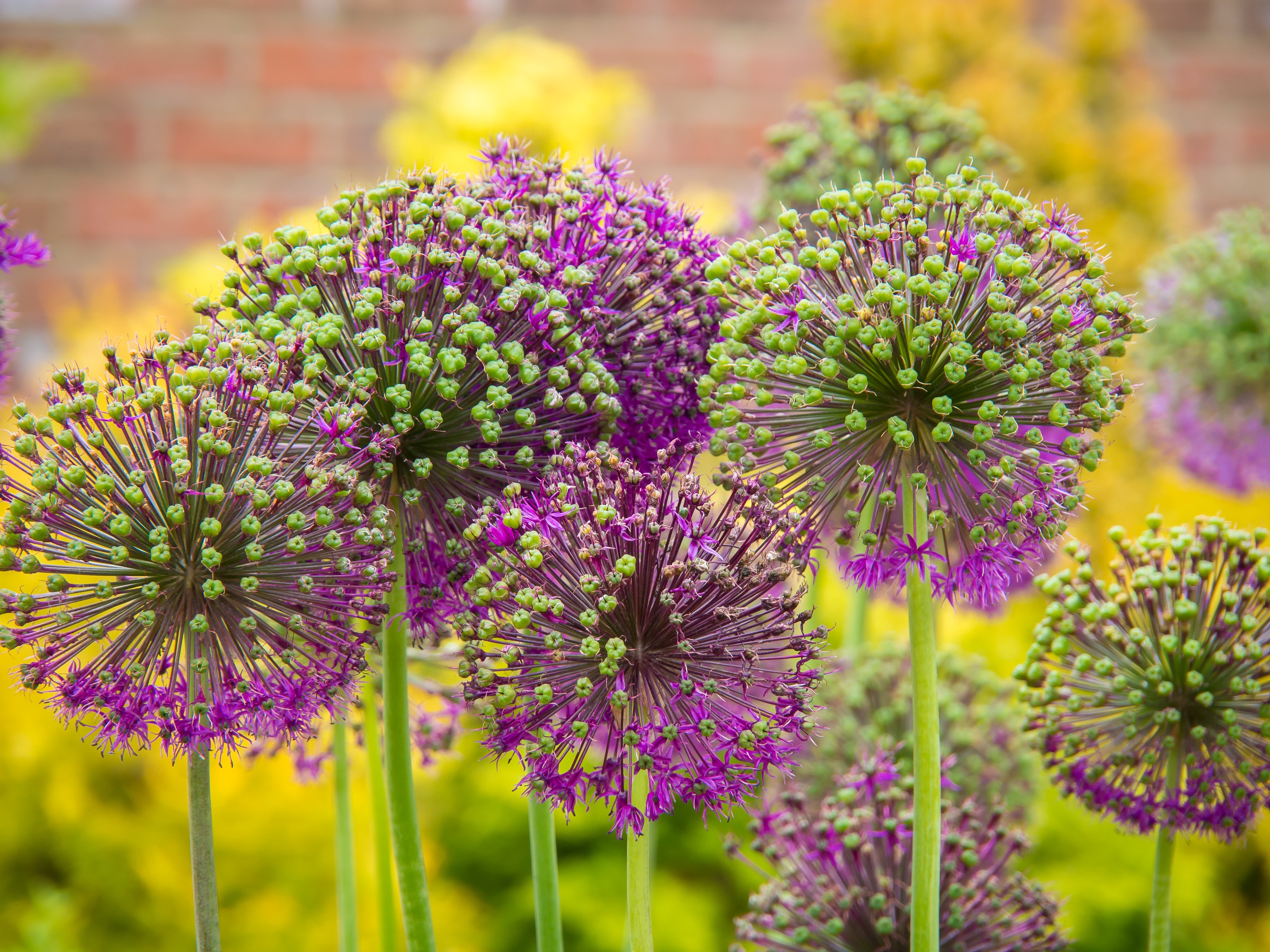 OUTCOME: BEAUTY ON THE PAGE

The next day, Kristina submitted a personal statement that had me in tears by the end of it. Once she felt enabled to shed what she thought she was supposed to write, her voice came through clean and clear in short, simple sentences. Her story was beautiful and hard and honest. Her details were extraordinary. And her personal statement is one of the strongest I’ve seen. By the end of reading it, you feel like you know Kristina. You know exactly why she wants to be a doctor. And you want to be the one to help her make that happen.

Before the workshop students, including Kristina, submitted their drafts to me, I had made a presentation that outlined what I wanted to see in their personal statements. I told them I was looking for stories that were detailed, honest, showed vulnerability and had direction. I explained that they could find these stories by examining their traits and the “aha” moments of their lives.

I felt like they listened. I felt like I was clear. But what’s clear when you’ve been writing five-paragraph expository essays your whole life? Are you really going to adopt a whole new approach? No, you’re going to write a five-paragraph essay and try to tweak it a little bit: throw in a few adjectives, use “I” instead of the third person, try to sound smart but with a jazzy personality.

It doesn’t work. But students — even grade-A pre-med students — don’t know that because they haven’t been taught to write this way.

I realized this when my own stepdaughter started her college applications.  Poor Gabrielle’s drafts were initially formal, lifeless things that basically said, “I want to go to your college because I do.”

Why was this the case with a girl who I knew to be a bright, spunky writer? Because she didn’t know what to write about. And why was that the case? She’d never been asked to write about herself before for something that actually mattered.

And so the necessity for essay coaches. In the past few weeks, that term has not only been associated with the elite, but also a grimy business in which the essays don’t actually belong to the students, they belong to the coaches.

At least when it comes to Sway Essay, I firmly disagree. If an essay is drastically different from first to final draft, that’s not because someone else has written it. It’s because you’ve been taught to write in a way you haven’t been taught before. I’ve pushed you and you’ve listened and learned. You receiving direction and altering your route because of it doesn’t mean it isn’t yours.

Would it be ideal if teachers and guidance counselors had the time (and leeway) to teach this kind of writing? It would be. But, in my experience, Gabrielle’s guidance counselor, who is responsible for 450 students, was an absolute gem to have the time to simply submit a letter of recommendation for her. So was her English teacher. 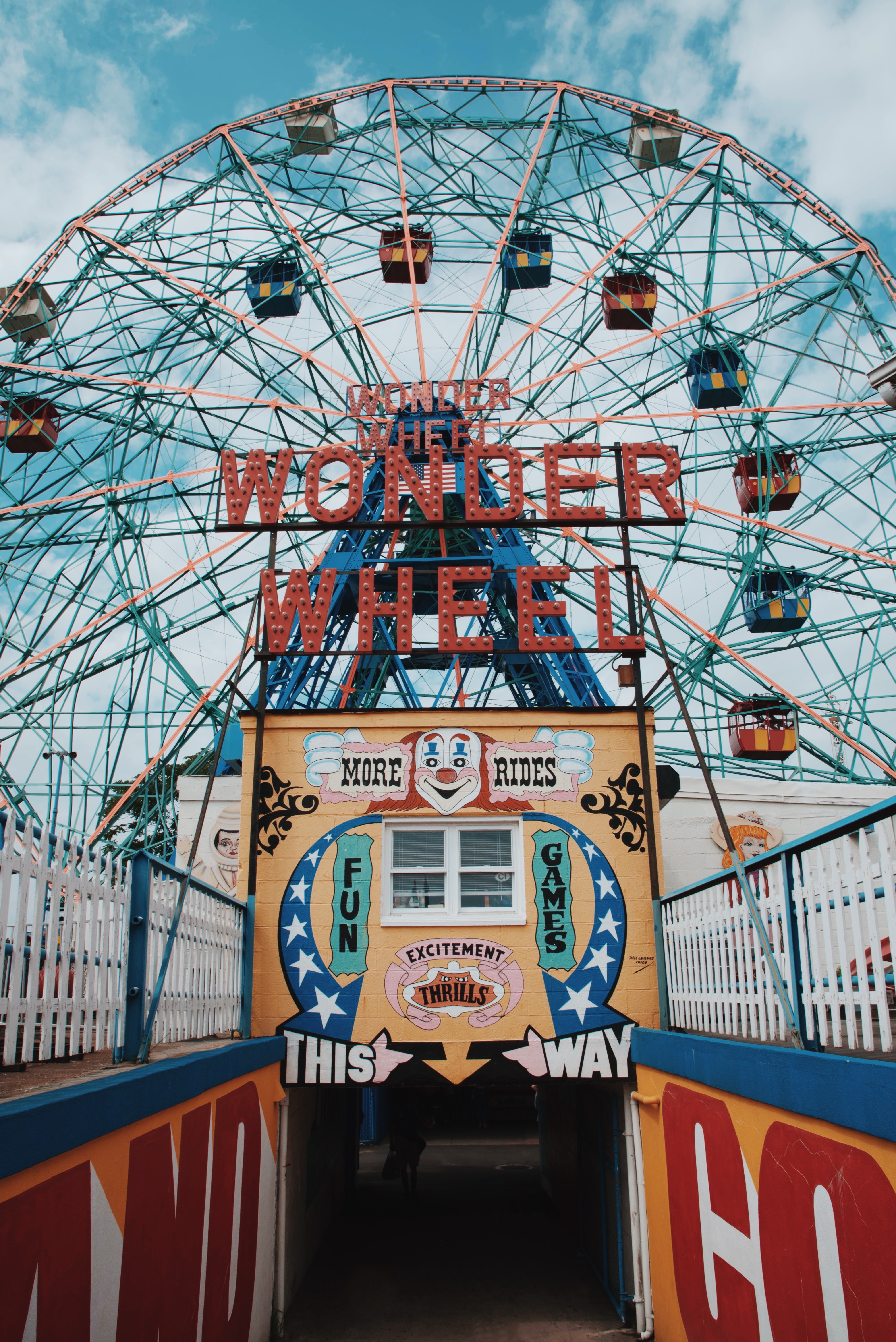 When I work with a student, I make suggestions and I explain why I make them. If I feel a sentence is out of place, I try to show them where it would fit more sensibly — if at all. If I see words that are misused, I send them to dictionary.com. If I suggest cuts, I explain them too.

In graduate school, the most meaningful writing lesson I ever had was from Dr. Betty Bennett, a hard woman from Coney Island who was the leading Mary Shelley scholar in the country.

In her basement, at a table beside the elliptical machine she worked out on every single day, she made me defend each word I had used in a two-page essay I had submitted. The defense made me cry and when I cried, she made me keep going and said, “You don’t know what kind of education you’re getting right now, but you will.” Then she had me rewrite the essay only using nouns and verbs.

For the first time — and keep in mind I was an English literature graduate student on a full scholarship — I realized how I repeated myself, how I let my ego get in the way of my points, how my sentences didn’t flow like they should.

As for this being for the elite, it sure doesn’t need to be. I have told parents, guidance counselors and anyone who will listen that I will help motivated students who cannot afford my help and I’ll work with them for free. I am sure a whole lot of other essay coaches happily do the same.

But offering gentle, feeble comments because I’m afraid of effecting change lest the change no longer belong to the writer? Come on. That’s not only not real life, that’s hog wash. Good essay coaches should teach you how to write the damn personal statement, yes. But they should also teach you how to write.