How to write the best personal statement for residency 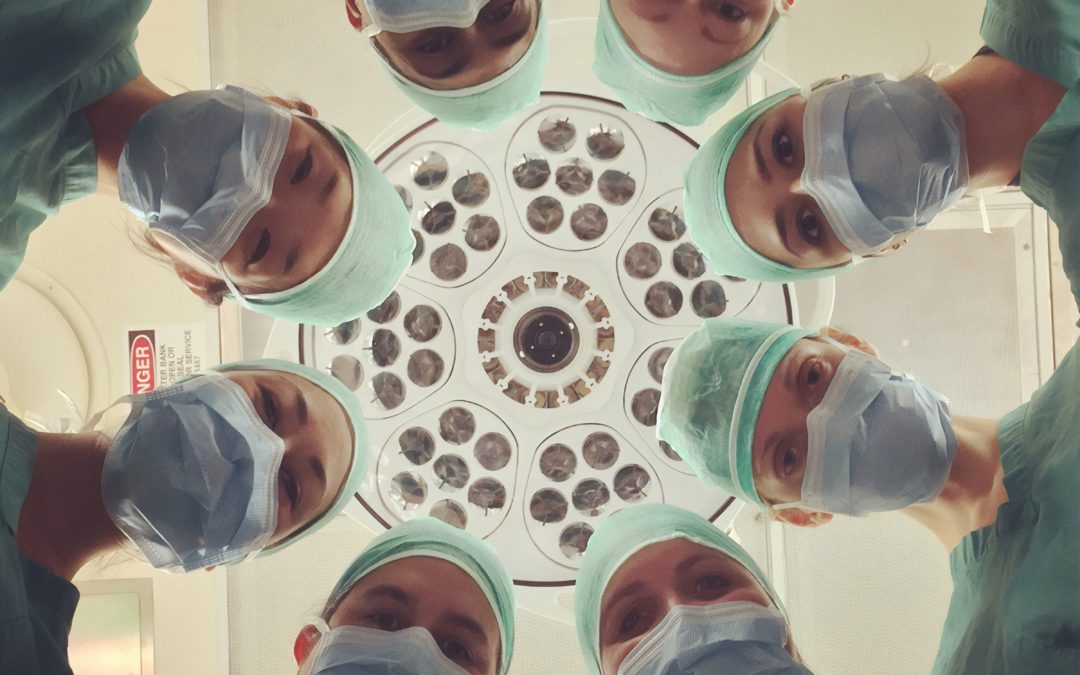 I’m going to start (as you should likewise start your residency personal statement) by being brutally honest. I love to work with doctors. I shouldn’t play favorites and I’m not proud of it, but there it is. I just couldn’t possibly have more admiration for the work you do and the grit and sacrifice it takes to do it.

Part of my admiration comes from my husband William, who is a radiologist. As you know, doctors tend to hang out with other doctors and, as a result, I have spent countless hours around the dinner table listening to you guys converse in a language I still can only marginally understand. It fascinates me. It humbles me. Your stories are amazing. We’ve even started hosting dinner parties for the med students and residents in our town just so we can hear more of what they have to say.

But when it comes to writing a personal statement for residency, you tend to be an interesting crew. Obviously, work ethic isn’t the issue; you’ll grind away at your draft until it’s a diamond. Obviously, you have plenty of material to work with. But, in general, med students and docs aren’t big on introspection. I can’t tell you the number of Zoom calls I’ve had where the posture of an extremely accomplished doctor crumples completely. “I absolutely hate talking about myself,” is invariably the response.

But the key to a good residency personal statement is to do just that. So, I’m here to help. Let’s begin.

Before you begin writing, I want you to make two sets of lists. Yay, lists!

First, I want you to list what traits you possess that will make you great at the specialty you’ve chosen. Here, it’s essential that you highlight traits that are specific to the field and explain why they both appeal to you and are part of you. Anything is fair game here — except for one important exception. Don’t indicate you want your specialty because you want to help people. Wanting to help doesn’t distinguish one healthcare profession from another. It’s also not exclusive to healthcare.

So, let’s say you’re interested in IM. You may write about:

For more about the traits a good doctor should have, click here.

Next, I want you to make a list of your stories. These can include:

Whittle down your list to your three best stories. Identify the most important moment in each one — the moment something changed, happened or began. Then, identify which traits of yours were triggered in you during these moments.

Decide which is your best story — the one that both showcases who you are and indicates why you want your specialty. That’s where you should begin your residency personal statement. 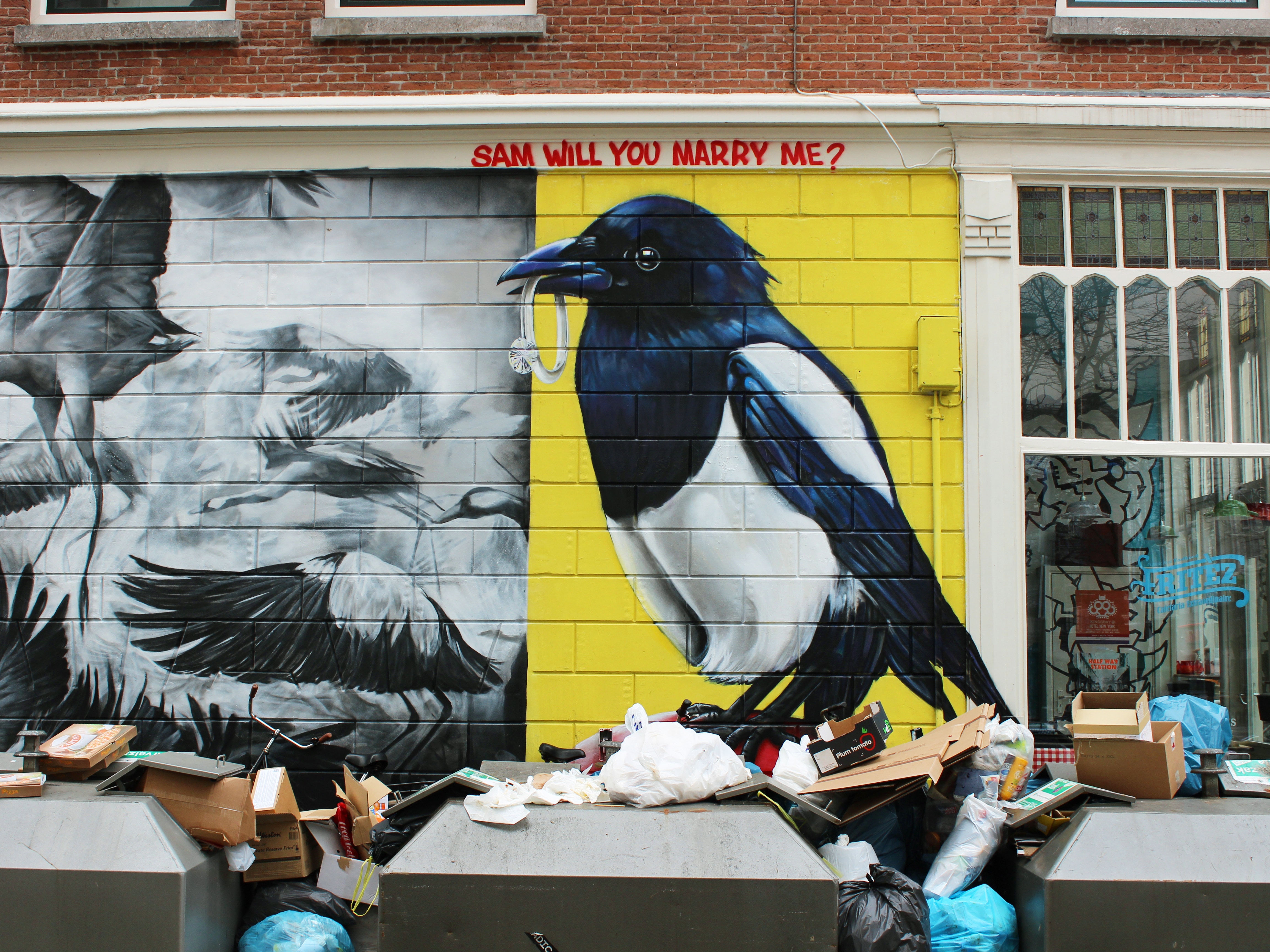 NO STORY IS TOO SMALL

Don’t worry too much if it doesn’t seem that “dramatic” or “big” from the outset; the key is that it was important to you.

Thinking of this story, I want you to activate your senses. What did you see? Hear? Taste? Feel? Smell? What are the littlest details that you remember about it? What were you wearing? The person beside you wearing? What music did you hear? What pictures were on the wall?

Know that no detail is too small. In fact, I want you to activate the mundane intentionally. Life’s littlest details are exactly what is going to make this story uniquely yours. Why? Only you noticed them. That is what will make your story authentic and help you showcase your personality. It will also help you make a memorable connection with your reader.

WRITE ABOUT WHAT YOU DID

One important point: You don’t have to be the hero in your residency essay. In fact, it’s probably better if you aren’t. It’s been my experience that “aha” moments that help define one’s life are often shockingly small in nature. 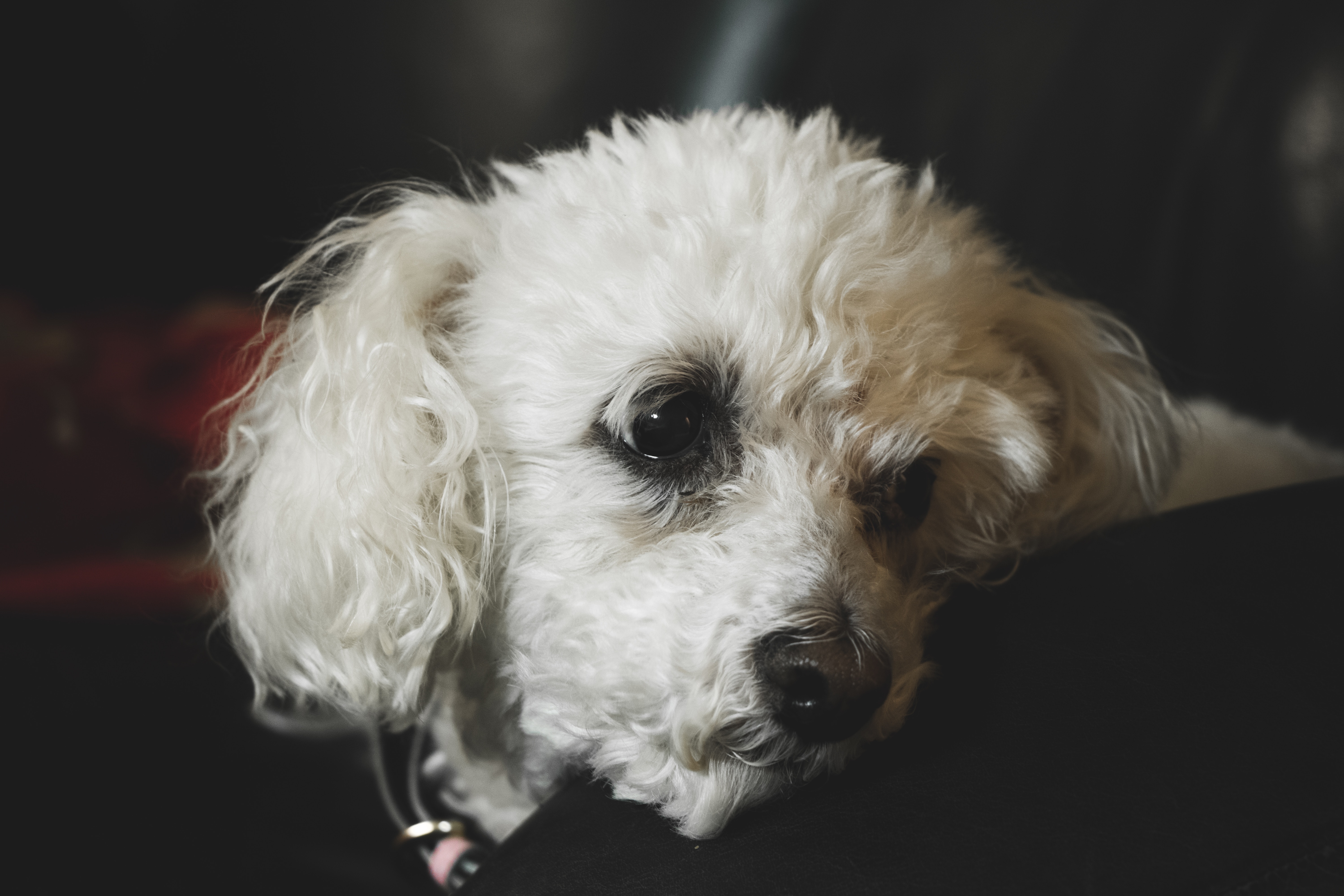 A PYTHON RUNS INTO A POODLE

One of the best personal statements I’ve read, written by a student headed for a career in emergency medicine, started like this:

“I was standing behind the cash register when it happened. A woman had just finished playing with the puppies and reached for a 10-foot-long Burmese python wrapped around this guy’s neck. He was buying rats to feed it — I’m still not sure why he felt the need to bring it in the pet store — but the snake’s next moves instilled a fear in me that I will take to my grave.

As she reached toward the serpent, it grabbed a hold of her forearm and blood started dripping all over the floor. The lady handled it far better than I would have: She just stood there amused while the snake’s owner used a pencil to force its jaws off her arm.  After that, I had to ask the guy to watch his pet and stop chatting because it was about to eat the $800 poodle it smelled on her in the first place.

Working at Jack’s Aquarium was far from your everyday kind of job. I had to deal with snakes biting people, anemones stinging children, and birds cussing out customers as they walked in. But, from the age of 16, I knew I loved working in an unpredictable and exciting environment.”

Why do I love this essay so much? Let’s count the ways:

When you set up a story like this, your reader is able to infer traits about you, without you having to spell them out. This creates a much more convincing argument about who you are and what you’re about than sentences like, “I am known for being hard-working, cool under pressure, and responsible.” I hate that kind of sentence. How do I know any of that’s true? You could have inserted any number of adjectives in there Mad Libs-style.

WHAT TO WRITE ABOUT AFTER YOUR OPENING STORY

Remember your lists? That wasn’t for nothing. After your opening story, I want you to write about the other reasons why you’re attracted to your residency specialty and, likewise, tie them to short anecdotes that demonstrate your traits. Obviously, these will be less detailed than your first story, but they will show different aspects of why you want to your specialty.

So this can include stories about your time with a patient; time with another doctor; how you love to four-wheel or roller derby (can that be a verb?) or cook; what research you’ve conducted; what volunteer organization you’ve led, what family member influenced you.

Whatever you choose, make sure you follow up each of your stories (including the first one) with insight that you’ve gleaned from them. You want to let your reader know why you’re writing about it, after all. Often, this means starting a paragraph with the words, “This is the moment I realized …” 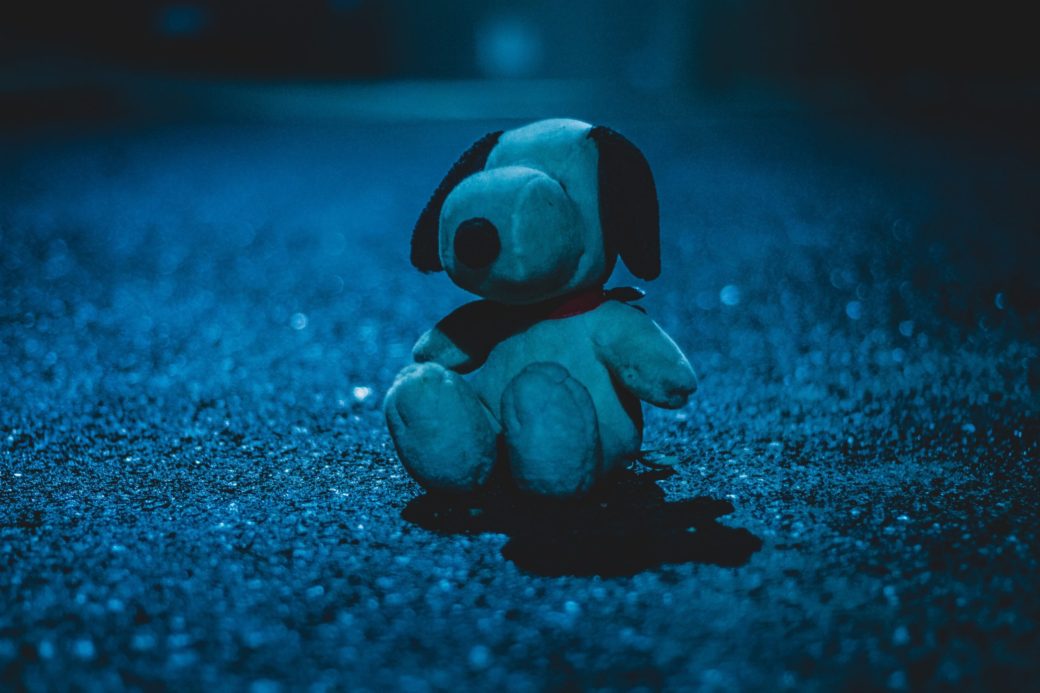 WHAT NOT TO WRITE ABOUT

There are stories I think you should avoid. A story about a 6-year-old you bandaging the paw of your stuffed animal named Bobby is one. Believe it or not, I still read personal statements for residency that lead with this story. Listen, I don’t care how many details you add to it, that tale has just been played out. Same for the story of a 7-year-old you receiving a doctor’s kit to help you perform fake surgeries.

By and large, I prefer for stories to be about the adult you, rather than the kid you. To me, what you have realized as an adult says more about you than what you realized as a child. If there isn’t a way to work around that — you’ve been inspired to become a pediatric oncologist because you had cancer as a kid — that’s perfectly fine, just stick to being honest and rely on the details.

If you’ve struggled with mental illness throughout your life, it’s difficult to know whether to write about it in your residency personal statement. If it’s an essential part of your story, then the rule should be that you should write about it (if you want to) because, after all, the goal here is to write about who you are. I wish it were that straight-forward, but it doesn’t appear to be. I’ll refer you to this article and let you make the call. Essentially, it says that the subject of mental illness should probably be avoided, even though that shouldn’t be the case. If you decide that your application is incomplete without addressing your mental health, I would be happy to help you every step of the way.

ADDRESS YOUR SLIP-UPS IN YOUR RESIDENCY PERSONAL STATEMENT

You should absolutely write about academic gaps (i.e. failed classes or poor board scores) in your statement if you have them. You should also write about attendance gaps (i.e. you had to take time off within your degree). In fact, simply hoping that the people reading your application won’t notice them is foolhardy. Besides, remember what I said about vulnerability and honesty? That’s what is important. In fact, these slip-ups say as much about your story as anything — and they don’t have to be a bad thing.

Just focus on what you learned because of them. Again, it might be a time to explain the exact moment (another anecdote!) you realized the benefits of a hardship.

HOW TO END IT

The residency personal statement is unique in that its conclusion really needs to be dedicated to you spelling out what you’re looking for in a residency and what you’ll bring to the table in turn. Here is what the University of Washington says:

“A personal statement is not a CV or a resume, nor is it a regurgitation of either of those documents:  it’s essentially a sales pitch, with you as the product, and it has two main objectives:

To convey to the residency programs what you’re looking for in your residency and that you bring the appropriate skills, background, abilities and experiences to succeed and;

To let them know that, in terms of all of your many attributes (values, maturity, compassion, philosophy, etc.) you are the “best match” for their program, and that you are exactly what they seek in a resident.”

In order to accomplish this, it’s important you be as specific as possible about what you want in a program. Make sure you research your top picks especially to discover what their specific strengths are. To that end, you might consider these questions:

I don’t entirely agree with the writer at U of W that a personal statement is only a sales pitch, but I will admit that this last paragraph is the sale-pitchiest of your essay. They want to know you know about them; that you’ve done your due diligence. So, it’s important you do your homework to let them know you did.

You have worked so hard and are now headed into some of the most exciting years of your life. Thank you again for the important, selfless work you do. If I can be of any service, don’t hesitate to contact me at tara@swayessay.com